If you are anything like me- You’d probably never heard the word Fidget Spinner before May of this year. One memorable week in early Summer our company first started getting endless calls and emails for this funky item and I decided it was time to do some research.

With my fingers eagerly hitting the keyboard and my eyes set upon google…I learned that this newfangled toy craze sweeping the globe dubbed the ” hula hoop of Gen Z” ; the fidget spinner—is a small three-bladed gizmo intended to minimize distraction and reduce stress—and has taken the world by storm. Its rise has been so seismic that e-commerce data firm Slice Intelligence estimated that late last month, the toy accounted for 17% of daily online toy sales.

The device was originally created for kids with ADHD, autism or anxiety disorders to channel their energy and concentrate better. A fidget spinner has two or three paddle-shaped blades attached to a central core. Squeeze the core, give the blades a flick and they spin. That’s it. Sounds basic, yet people can’t get enough of them. Stores are selling out faster than they can keep their shelves stocked.

It’s almost impossible to predict what toys will be the newest sensation. Think of the Slinky of the 40’s, Hula Hoop of the 50’s, Slip N Slide of the 60’s, Pet Rock of the 70’s, Cabbage Patch Doll of the 80’s, Beanie Babies of the 90’s, Bakugan of the 00’s .And if I was a betting woman ( and I am) I’m fairly certain this newest toy sensation will go down in the annals of time as being THE toy of 2017. 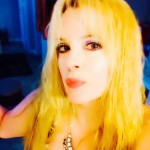